When you're as old as a single on vinyl 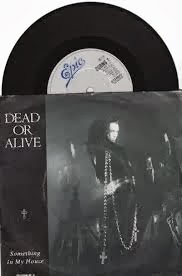 Here's a short history of the music that made me me.

Though I grew up in the 70's, I didn't hear a lot of Carley Simon or Three Dog Night.  Other than the occasional pop hit overheard while shopping with mom at the ladies shoe store, my typical exposure to music was at church.

The piano and organ were the primary instruments played there.  I sang along to the hymns and played piano after church and sometimes during the week while my dad took care of church business.

In the fourth grade, my Elementary school teacher Mrs. Treat let us listen to her old 45s when we were good---The Beach Boys, The Crystals and Elvis.

My fifth grade music teacher introduced us to Beethoven by playing an disco-instrumental based on Beethoven's Fifth from the Saturday Night Fever soundtrack.  We begged and she let us listen to the whole album.  I loved it and the The Bee Gees.  It was the first "secular" 8-track tape my parents ever let me purchase.  I played it in the large, wooden furniture-case stereo in the living room.

About that time, contemporary Christian music was popular.  The songs were modern feel, but the lyrics were like the old gospel hymns.

My parents, who approved of this kind of music, started listening to radio station KXOJ.  I remember liking DeGarmo and Key and Kerry Livgren.

Livgren, also a member of the rock band Kansas, released Seeds Of Change as his first faith-based solo album.  His epic styling still sounds good today.  My mom let me buy the Kansas album Audiovisions from 1980, based on premise that Livgren, a good Christian, was in the band.  After listening to all the lyrics, I played it quietly, certain that my parents wouldn't approve of everything I was hearing.  It was my second vinyl purchase, my first a KTEL collection I ordered off TV.  Rapture by Blondie was on it.

7th grade was the first year of my serious flirtation with non-religious music.  I became a fan of Ted Nugent, AC/DC, Journey, Styx, Billy Squire, Van Halen, Queen and REO Speedwagon to name a few.

MTV came to my town in the 8th grade.  A new world opened up.  Devo, Gary Numan, Pat Benatar, Motley Crue, Michael Jackson, Joe Jackson, The Talking Heads performed for me in the privacy of my living room.

That year I listened to a Tulsa based A.M. radio station known as 14K.  New Wave hits were heard there for the first time, most memorably The Human League's Don't You Want Me, long before I saw the video.

By high school I found myself gravitating toward strange bands, in sound or appearance.  Anything with a strong bass line and a synthetic sounding snare drum struck my fancy, songs that made you want to dance.  From Men Without Hats to Ebn Ozn to Dead Or Alive, if it grooved, I moved.

The album with the biggest impact was Depeche Mode's Some Great Reward.  Dark and seriously electronic, it was the first time I couldn't visualize the instruments making the sounds.  It blew me away.

Soon after, I was introduced to Tulsa's punk scene, and with it, American Hardcore music.  The first "punk" record (actually it was a cassette tape) I heard was probably by The Circle Jerks.  I listened to it over at Chuck Upshaw's dad's trailer.

The music was loud, rude and full of energy.  I liked it.  To my surprise, only about a month later, The Circle Jerks came to Tulsa and played a little hole in the wall downtown called 424.  It was my first show of this type and, man, what and introduction.  Skinheads, freaky kids with spiked hair, drag queens, all in attendance.  I was 16.   The next day I started tearing and burning holes in my clothes, ready to join the disillusioned.

I met some other New Wave kids at a teen club called Images.   At teenie-bopper Images, we were considered the punks, the freaks.  But out at the real grungy venues, we were considered wanna-bes. In both worlds,  I was digging the music, from Tears For Fears to Kurtis Blow, from Public Image Limited to The Pet Shop Boys, from The Dead Kennedys to Jermaine Stewart.

Posted by devinvenable at 3:34 AM No comments: